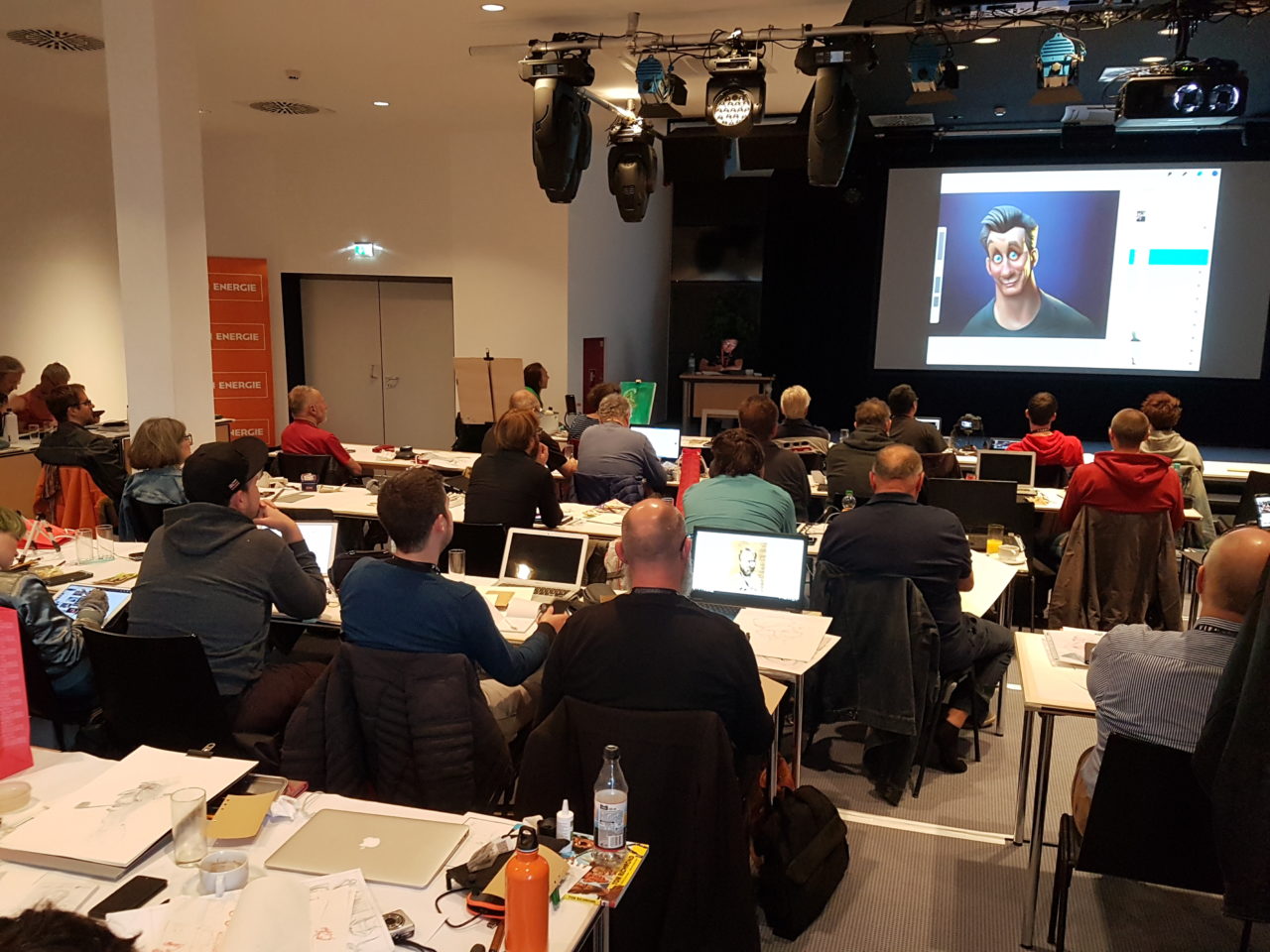 In a nutshell “WOW it was incredible!”, but I need to tell you more.

It was my first time at such an event. Εurocature is a unique workshop – convention mix for the Art of Caricature.

More than 60 Artists from all over the world participated to this annual celebration. There were some fun mini competitions like live drawing caricatures. Even if you didn’t want to participate, there was still a lot of fun and learning in watching all the other artists draw. 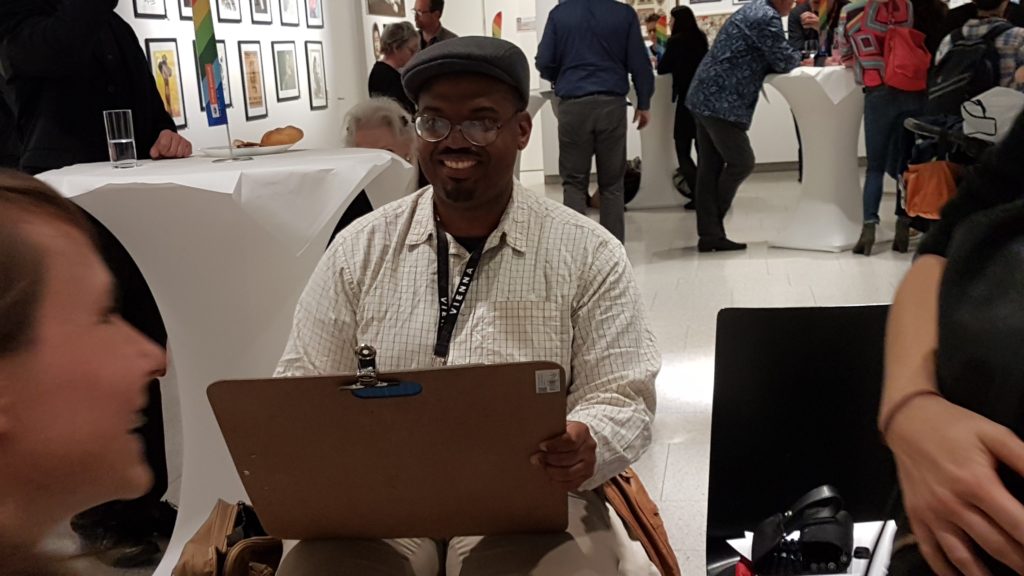 There were drawing sessions during the workshop: Chance McGee

Each artist brought a “studio piece” with him and the main task during the workshop was to create a new artwork. We had to pick one theme out of three and work on it. We had more than 3 days to finish and deliver it. All the artworks that were produced were at a professional level!

Plus we were able to listen to really interesting lectures by: 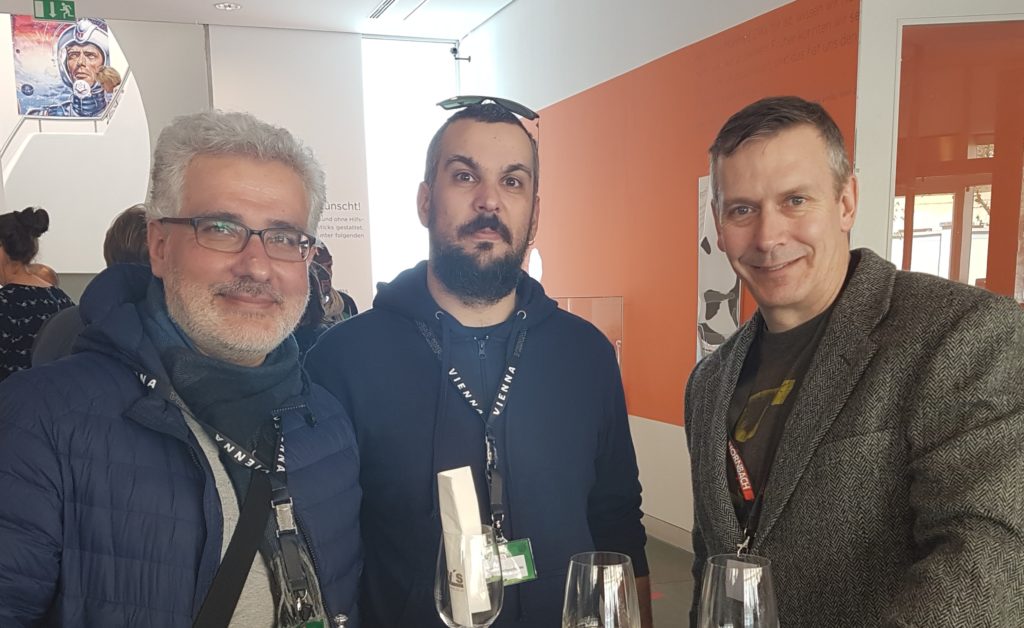 I have to admit that paying attention to all the speakers while working was a bit hard, but then again it was like working at home, listening to my favorite podcast.

Anyway let’s start with day One: I couldn’t decide what to draw, so I ended up drawing a Viennese Tram passenger I saw the previous day while I and my wife Tina, went downtown Vienna. It was a great warm up.

Next day I decided to draw something about Brexit (one of the given themes). I started drawing a loose sketch but it felt wrong, so I dropped it. Allthough drawing a political caricature is very interesting, I couldn’t find the right angle.

So the very next day I ended up drawing the famous Austrian actor Christoph Waltz. I always wanted to draw him so I felt I was in the right place and time to do it. I started with a monochrome sketch and until the end of the day I had almost finished his face. But there was something bothering me. I wasn’t happy with that caricature.

Fortunately, the next day I understood what was the caricature was lacking. It was what Daniel Stieglitz had said in his speech: the storytelling. So I came up with a last minute idea to draw Christoph Waltz as a Maestro conducting  -what else? – a Viennese waltz! After all we were at Vienna!

So I rearranged the head to be smaller and started drawing a body and the hands. I only had a couple of hours to deliver but I think it went pretty well. What do you think?

Waltz on a Waltz

This is the process animation:

It was a great experience and it was super nice to meet and have fun with all these incredible talented artists: Theodosis, Lucy, Allan, Niall, Patrick, Daniel, Emanuele, Stefan, Dirk, the Op De Beéck Bros, The Chibrits, Woflgang, Ralf, Mike, Kiko, The Nogushi family etc.

Kudos to Birgit, Bernd Ertl, Bernd Weidenauer, Xi and Gerald (Geronimo) for this awesome Caricature Festival. Every artist interested in the Art of Caricature should participate at least once. As for me, I am definitely coming back.

See you all next year! 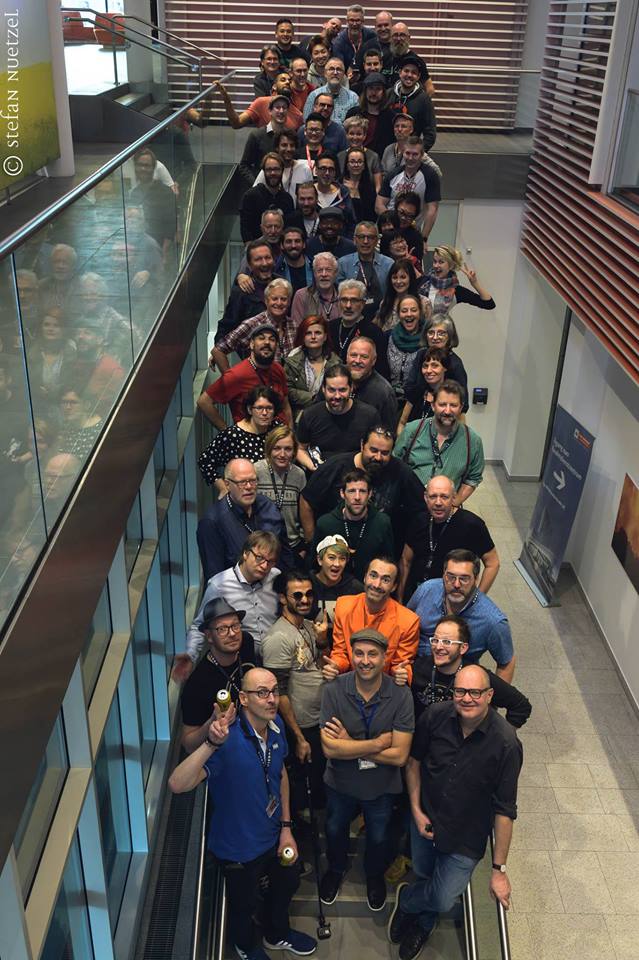